FROM OUR NOTICE BOARD::

To Promote motorcycle events in our area, we are adding events that we receive notice of and loading them on our blog.

“Twenty years on and the 690 DUKE is still being re-sculpted to deliver those virtues that KTM constantly strive for: performance, agility and fun. Apparently over 50,000 690 DUKEs have emerged from factory floors since the first appearance of the LC4 in a Street bike frame and the fifth generation of the bike was unveiled at EICMA in Milan this week. 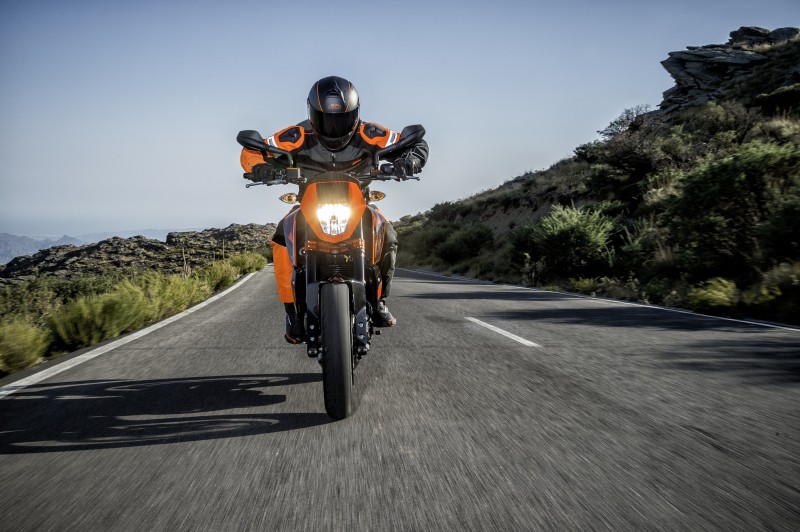 Motorcycle manufacturers always find a way to make products lighter, faster, more durable, and more attractive with every passing year but the launch of the fourth generation DUKE came in 2012 and KTM have taken their time to come up with something to really make riders considering an affordable but weight-power winner in the segment hang-on a few more weeks until the bike starts to arrive at dealer doors.

So what’s the fuss? We know the 2016 690 DUKE is likely to be an upgrade on its older self but we wanted someone from the factory to throw us three solid reasons why this new breed of a historic street lineage for KTM is worth the patience and pennies. Enter Press and PR Manager Thomas Kuttruf who has already been busy on the EICMA stand relaying information about the 690 DUKE and the 1290 SUPER DUKE GT that is also garnering attention.

1. Power play
First up, it’s all in the ‘73-74’: 73 horsepower (75 on the ‘R’ version) and 74Nm of torque from the revised LC4 single. An extra 1000rpm on the band for even wider spread and another balancer shaft on the cylinder head means less vibration. The engine is the real meat of this particular meal and although the electronics and ride-by-wire were already installed on the 690 DUKE three years ago the output of the DUKE is now on another level.

“The extra horsepower the bike delivers can really be felt throughout the powerband,” ‘Kutti’ says.“From 2000rpm to the limiter it just feels so impressive. It is about sheer performance. If you did a back-to-back with the old model then the full power might be quite similar [ED: the DUKE MY2012 was hitting 68hp] but the way it comes in across the range is like day and night.”

Spouting numbers and tech specs can be like reading from a menu; unless you have a taste then you won’t really know how good it is. The fact that KTM are shouting about the LC4 as the first major “refinement” of the 690 DUKE means it is worth getting a trial run on one asap. Will the proof be in the pudding? 2. Sit up and take notice
Ergonomics. We rode the last 690 DUKE a few times and found the stance in the bike comfortable but not terribly versatile. The designers in Austria felt this was an area that needed some attention. The seat now has a form that emphasizes the triangle between handlebars, footpegs and sitting position that feels more natural and more flexible. We had a go on the EICMA stand and its something that initially gets the thumbs-up and makes you want to tackle a corner and see for real.

“We are talking about a big improvement,” opines Kuttruf. “The seat unit now has the position like you are on a real Naked sports motorcycle. The old bike was a good, comfortable position but it felt like it was only ‘one’ position: you were sitting on the bike and that was it. Now you have more freedom to switch between sporty, casual and easy-riding.” 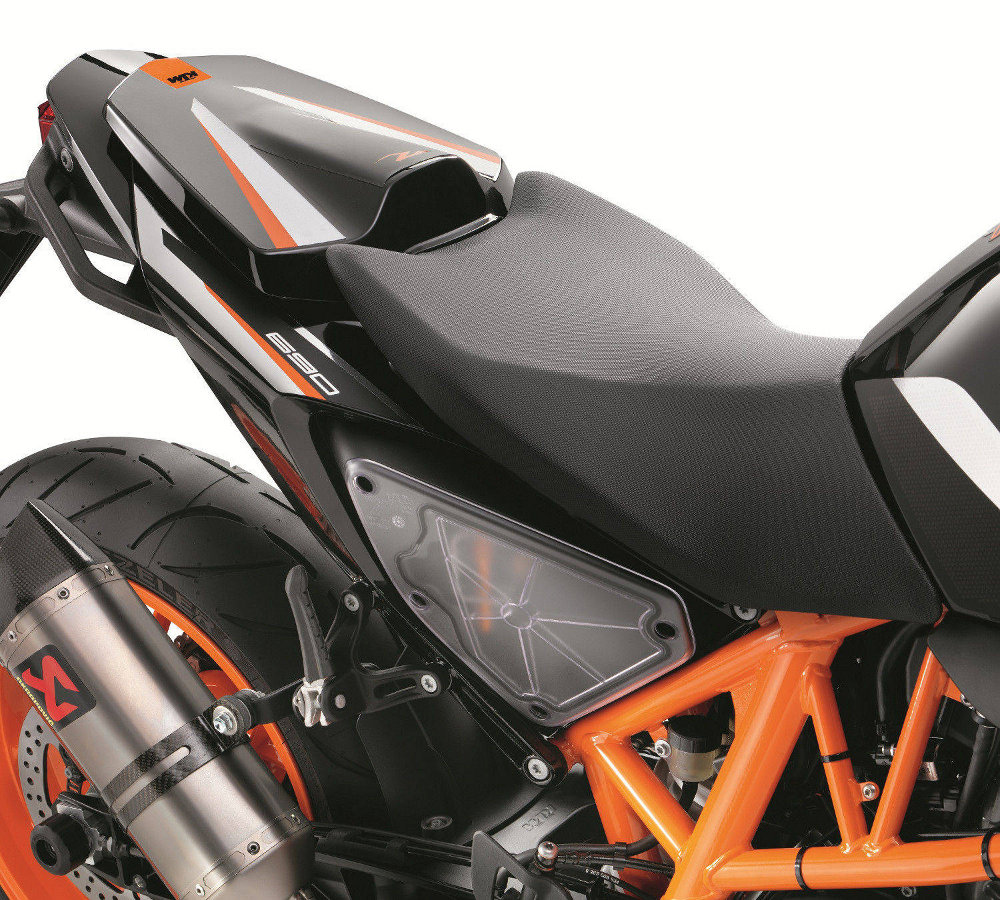 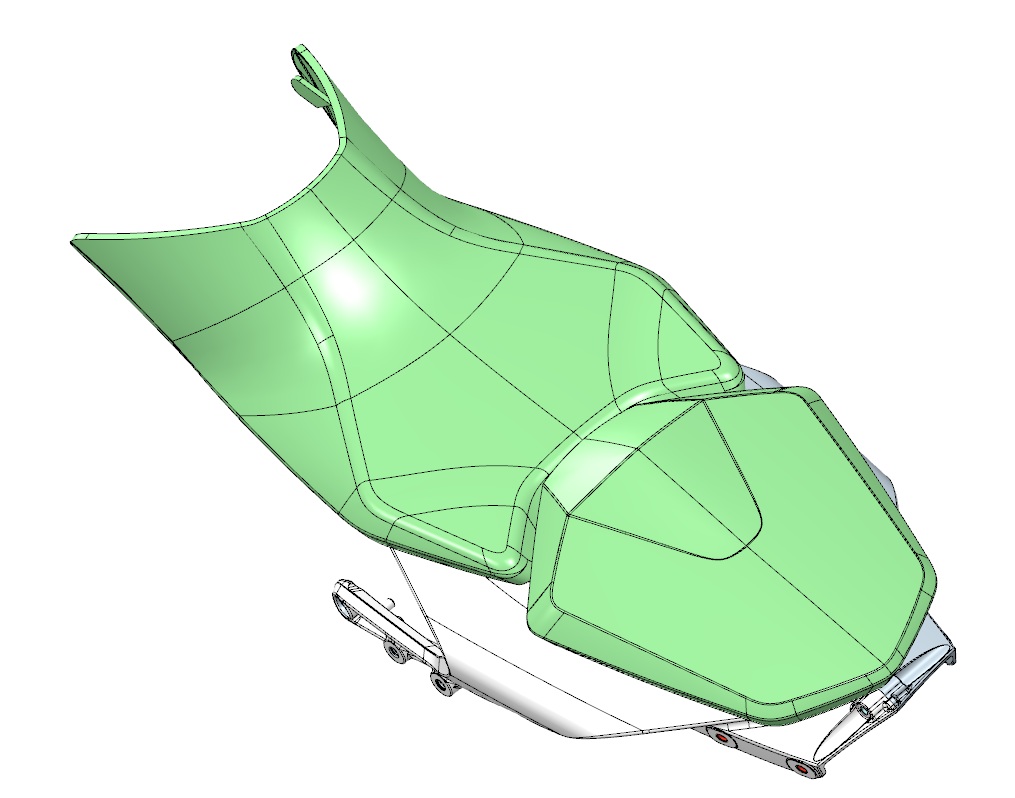 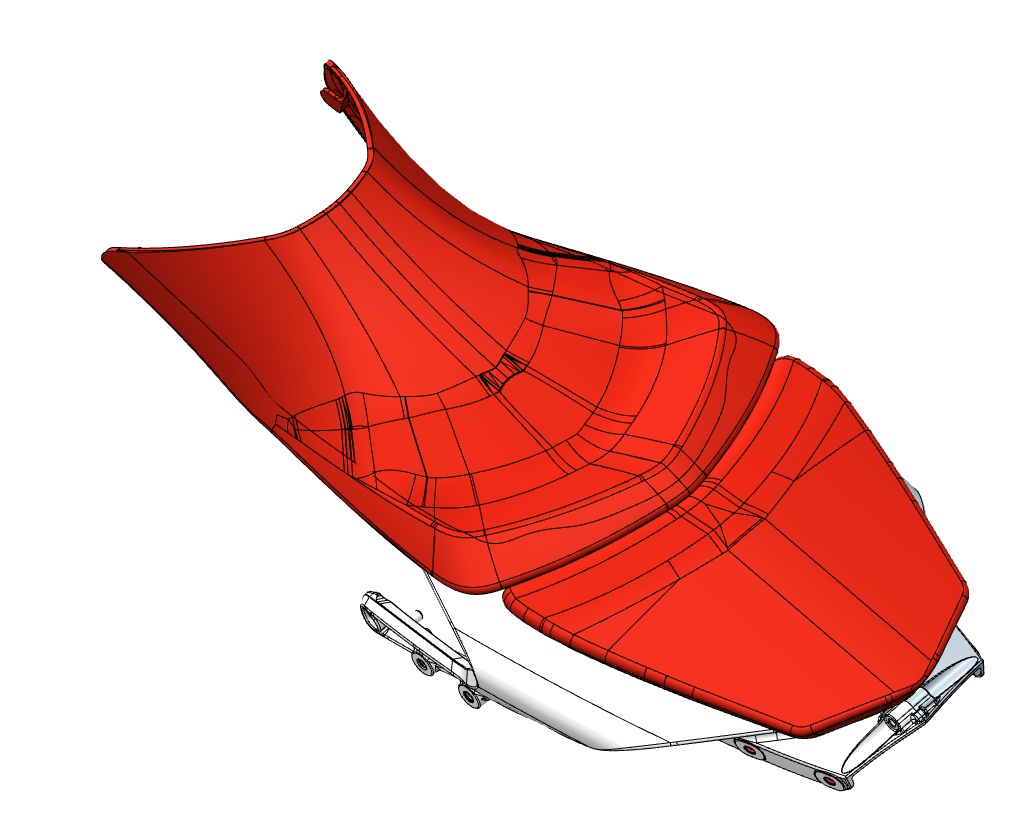 3. Show me, show me …
The dash is normally an overlooked part of a bike; something that serves a purpose but can ultimately frustrate over time if it doesn’t work or respond well. The 690 DUKE has a curious new wide color TFT display that screams ‘look at me’. Here we turn to KTM’s promotional booklet for the ideal explanation: ‘As you rev the engine, the display bars even change color, either spurring you on or telling you to back off when the engine’s still cold. The display also automatically adapts its illumination to the ambient light. Furthermore, you can access an overview of the selected riding options and adjust them on the go via four illuminated keys on the left handlebar.’ Electronics on the 690 DUKE include the lean angle sensitive ABS (a first for the segment) and three riding modes, all indicated by the TFT.

“This is the first time ever that KTM have introduced such a ‘tablet’ looking display,” Thomas comments. “It is great for going through the functions of the bike and it very comprehensive in terms of the way the information is presented and things like the day and night mode. It helps the motorcycle to be lighter and have a super-modern appearance.” 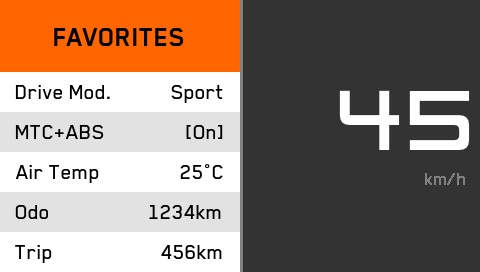 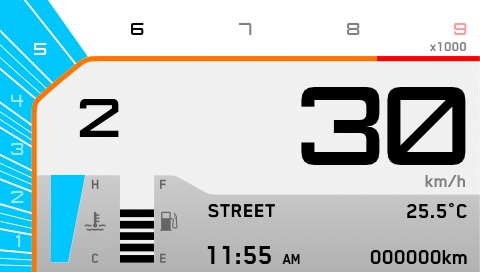 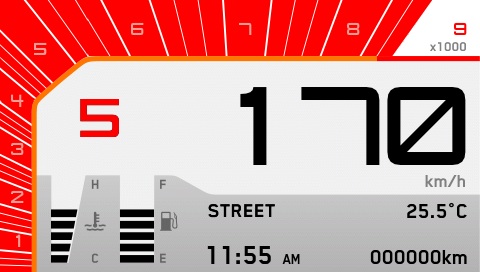 So … anything else? Quite a bit in fact. For extra motivation to delay flexing the credit card or fastening the helmet buckle then there are other elements like a weight-saving exhaust system (a kilo lighter), the pre-silencer located under the engine for lower centre of gravity, new triple clamps and less offset for more stability and optimized intake to meet Euro 4 emission control standards (another ‘first’ for KTM). New graphics and livery (black frame? nice!) and more PowerParts in the catalog to upgrade and make the 690 DUKE ‘meaner’. The R version is the embodiment of this sporty edge from the extra parts (Akrapovič slip-on can for example). One more pearl from Kutti: “The bike features Metzeler 7RR tyres and a competent rider will know right away how good they are!”